Dear Brooklyn Tech: The Desks Have To Go 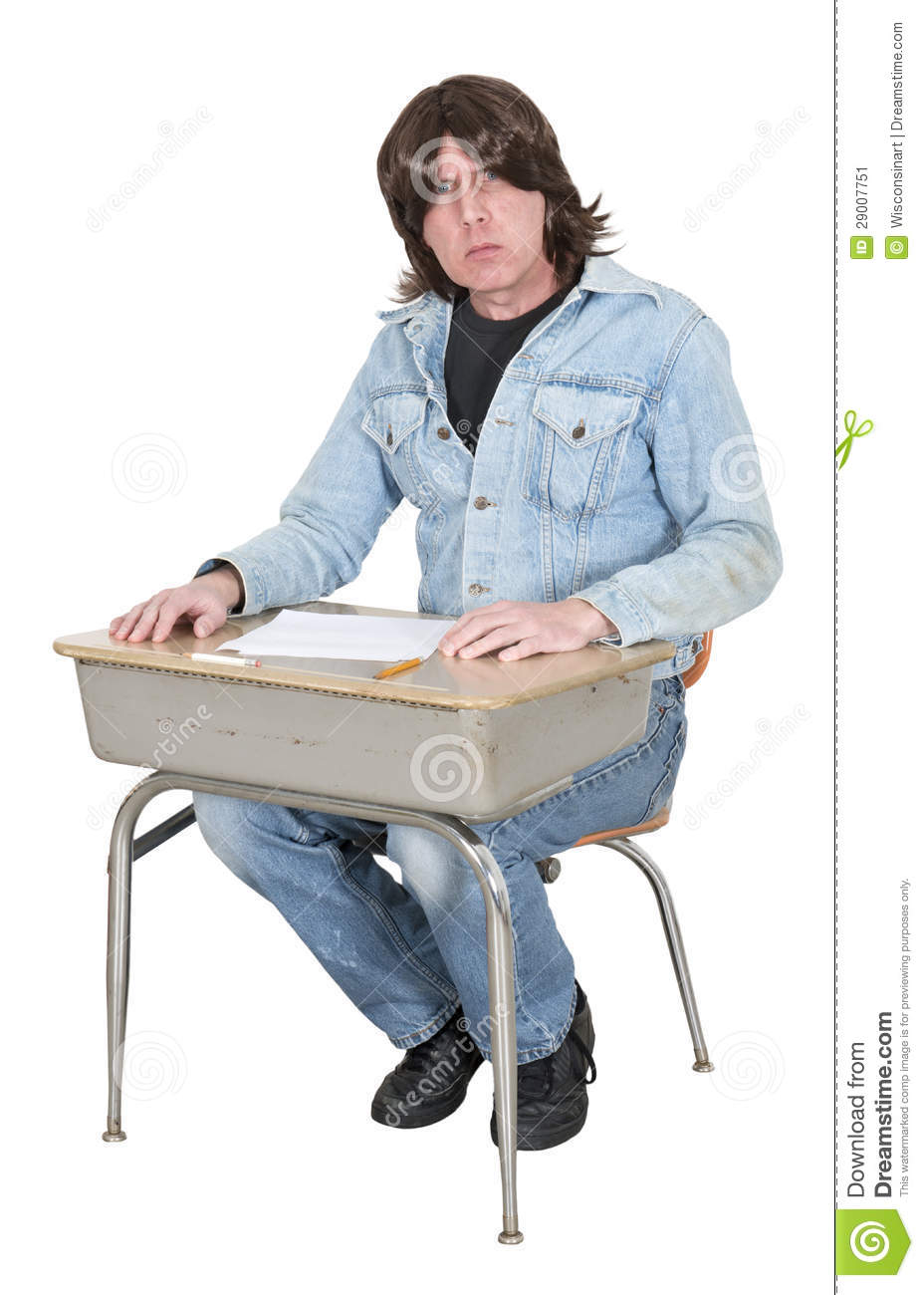 Just the other day, after what was seemingly a fair day at school, I arrived home only to be greeted by the most terrible pain.

A pain in my ass.

In both the literal and figurative sense. I was quick to come to the conclusion that the cause of my pain was clear: school desks.

School desks have been ruining the mental and physical health of students for decades, ever since the invention of the chair in 1968. It’s time that we removed them from our school.

The Evidence Speaks For Itself:

In an experiment conducted by me last Tuesday, I found that the desks have been physically deforming me and other students, contorting us into freaks. At the start of the school year, I was a spry 7’5 with a promising career in the NBA (Nice Boys of America). Now 6 months later, I have gone to a mere 4'2, with all my hopes and dreams crushed, similarly to the disks in my spine.

My back compressed, my dreams gone, and my ass flat. These desks have permanently mangled my body.

In hopes to be cured of my condition, I went to my doctor to see what he had to say. Immediately after taking an X-ray, my doctor called up the Natural History Museum to tell them he found the link between man and primate. I didn't have the heart to tell him that I was just a Brooklyn Tech student.

A Health Hazard on Par With Chernobyl:

If there is one word best to describe the desks at tech, it would be “sticky”. Any quick look at these desks can tell you, there is more gum than desk. Approximately 65% gum to 30% desk. The remaining 5% is pure evil. I have lost books to the raspberry flavored adhesive on these desks, often I’m afraid it may rip off skin. You know that scene in Spider-Man when Peter Parker gets his lunch stuck to his hands? It’s kinda like that but instead of the Green Goblin it’s my physics teacher and I don't have spider powers.

Based on my “calculations,” there is more saliva collected on a typical desk than there is in an average human’s mouth. The pure bacteria just on the seat could absolutely tear through any immune system like wildfire. Before we know it, the bacteria will eat through the steel of the desk and leave nothing but gum.

Have you ever seen a desk with perfectly even legs? No, because they don’t exist. At any moment the desk could either tip over or combust under your weight. If you look close enough, you may notice desks missing literal screws. Seriously, some desks are just missing parts of structural integrity. For a school that prides itself on engineering, we may as well be sitting on stilts.

In addition, the desks are home to vandalization and pictures inappropriate for school. No learning building should have such evil imagery. One day, I came across a desk painted with several crude attempts at male genitalia. By golly! I would have fainted on the spot. And that I did, as my legs could not support my ape-like posture. Such terrible drawings have no place at such a prestigious school. If we have no desks, there would be no surface for malicious illustrations. Instead draw on your classroom’s whiteboards, your teachers will love it!

You may be thinking, “B- But what will we sit on?”

Well I come to you with my revolutionary idea: The Class Hammock (Patent Pending)

Instead of individual seats, the whole class will share a giant-sized hammock in the middle of the class, spanning from wall to wall of the room. There will be one pillow and it’s first-come, first-serve.

You may be thinking (again), “B- But thats t- totally impractical”

Shut up. That's the point.

Thank you for listening to my “RAD Talk”. I will be accepting questions after 10th period behind a dumpster, I will not say which one. Reach out to me at 555-DESK to learn more about our fight.

Will you stand against desks?

Life in The Bitcoin Mines

My name is Chris P. T. O’Currency. I work in my local bitcoin mine 7 days a week, extracting digital…

This past Friday, I was just walking down the beach, minding my own business, when I heard my friend…

You’ve seen them looking at you and going back into their notes in the middle of class. You’ve heard…

May 2022Ethan Perkis#From the field

How To Use A Dishwasher

Most everyone’s heard of a dishwasher, but not many know how to use one properly. In this article…

High School is tough, we can all agree. We have all asked ourselves, “is there an easier way?” Well…